BREAKING   /
YOU ARE HERE:Home » About

MSM (Miami Shoot Magazine) is an online media publication that prides itself on delivering inspiring interviews, alluring articles, captivating visuals, everything Miami and more in lifestyle and entertainment. MSM covers major events and shows to the latest happenings around town. While the majority of MSM’s readers live, work and play in Miami, the magazine reaches audiences in more than 125 countries around the world. MSM is based in Miami, Florida and was founded in 2010 by Co-Owners Ernest Poblacion, Belkis Jorge and Julio Iglesias, Jr.

” I love the diversity of this magazine – in my view it’s the only magazine that is as diverse and interesting as Miami itself. It’s no wonder people in more than 125 countries read it. I want our readers to never be bored while being highly informed.” – Nadja Atwal, Editor-in-Chief

Nadja Atwal was born in West Germany and studied political science and psychology before she decided to become a journalist and publicist. Her passion for America lead her to Los Angeles where she reviewed the latest blockbusters and interviewed the Hollywood A-list. She then branched out into producing cover shoots with stars like Halle Berry, Joanna Krupa and Jennifer Lopez while expanding her journalism to lifestyle, travel and fashion. Her deep, diverse knowledge of the media world made her a highly sought after professional to global brands, advertisers and personalities on the PR and marketing front. PETA both in Europe and the U.S. chose her for their dedicated animal activist fashionable anti-zoo campaign which graced the billboards of New York’s Time Square.  2013 top media outlets reported that the California high end women’s magazine Viva Glam magazine had named the brainy Glamazon “The sexiest Power Woman of all time.”

Atwal further expanded her reporting into health, business and most significantly politics.  In 2016 she live-commentated the U.S. election for the leading European TV channel ARD/Das Erste. By that time she had lived in New York for some years and went on to appear as a studio guest on the No. 1 U.S. News Channel Fox News/FoxBusiness – as both a political and business commentator (which she still enjoys doing – especially when the topic allows her to comment on European political developments and complex issues to the U.S. audience).

In 2018 Atwal joined the high circle of award winning TV hosts, politicians, CEO’s and ivy league law and economy professors as an  “insider writer” at the top U.S. news website NEWSMAX ( finance section). Atwal is a very hands-on mother of two young sons and passionate about the the art of female multitasking. After many years of being a leading content developer and adviser at Miami Shoot Magazine (MSM Online), she was appointed Editor-in-Chief in June 2018. 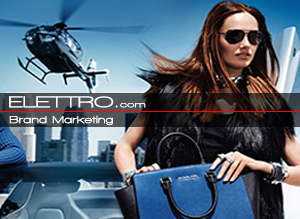